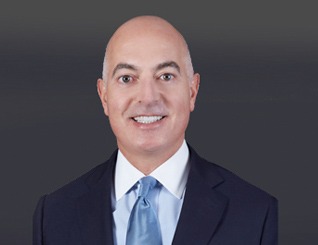 Mr. Psaros is an Archon Ostiarios of the Ecumenical Patriarch, Order of St. Andrew the Apostle, where he serves on the National Council. He is a member of many leading Orthodox and Hellenic-American organizations, including the Archdiocesan Council of the Greek Orthodox Archdiocese of America; Faith: An Endowment for Orthodoxy and Hellenism; Leadership 100 – Advancing Hellenism and Orthodoxy in America; and the The Hellenic Initiative, where he serves on the Board of Directors.

He, and his wife, Robin, are contributors to the new St. Nicholas National Shrine – Ground Zero, New York, and generously financed, PISTEVO “I Believe”, the documentary that he hopes will inspire others.

“PISTEVO was created to inspire the faithful. This extraordinary story needed to be told. We witnessed the transformation of our community through the Ministry of Iconography, and stand as witnesses to the power of faith. We encourage everyone who is blessed to receive this film, to please share it with as many of the faithful throughout the Orthodox World as possible. God Bless You.” – Michael Psaros