The Sacred Theology of Iconography Comes to Life

The Sacred Theology of Iconography Comes to Life

By Sampson Kasapakis from The Orthodox Christian Network 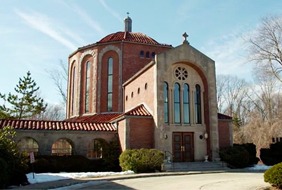 PISTEVO “I believe”, is a stunning 17-minute film packed with vivid imagery depicting the life of Jesus Christ and His saints. The independent documentary depicts a community coming together to complete the centuries-old mission of iconography at the Greek Orthodox Church of our Saviour in Rye, NY.

Iconography, the centuries-old tradition of depicting faith through images, was the primary means of teaching Christianity until written records were formally canonized as the Holy Scriptures. Yet even today, centuries later, iconography remains a spiritually powerful part of Orthodox Christian theology.

For many, the images enhance one’s ability to go deeper into the exploration and appreciation of their faith. With the Greek Orthodox Church of our Saviour in Rye, New York, as the focal point, PISTEVO “I believe” chronicles the journey of a congregation through a multi-phased campaign to complete the Holy Tradition of iconography in their church.

The film features interviews with key stewards who brought it to life. Its compelling, brilliant, almost ethereal visuals provide the backdrop to highly personal, often emotional interviews about what iconography means to their faith. In today’s fast-paced technology-driven world, it is unusual to find things that make a group of people stop in their tracks. At every opportunity, the iconography in the Greek Orthodox Church of Our Saviour does just that for its congregation and visitors who are fortunate enough to have that experience.